Homage to my Masters

My first vocal teacher at the Academy of Music in Gdansk, Poland, was Prof. Barbara Braginska-Iglikowska. Born in Odessa in the aristocratic family as Berta Privman, she married there the physician Braginski. After the October revolution she was sent to Warsaw, where she grew up and studied later. At the Warsaw Conservatory of Music she graduated first as pianist (in the Prof. Michalowski piano class), then she continued with vocal studies with Prof. Maria Sankowska, and later with Prof. Stefan Belina-Skupiewski – the outstanding Polish tenor of that time, singing internationally, a.o. Wagner operas with Arturo Toscanini at the Teatro alla Scala in Milan. 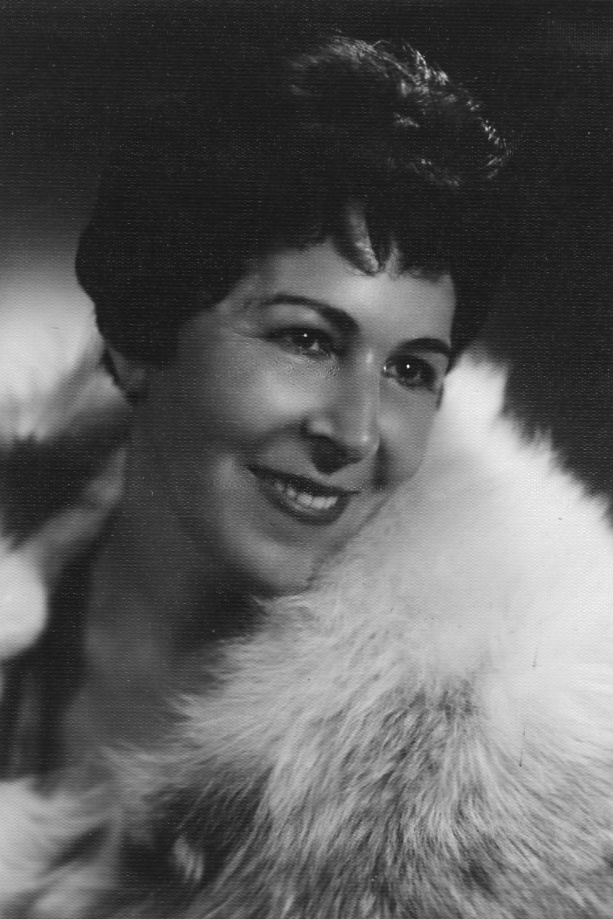 During the II WW she lost her daughter Valentina (Vala) who was supposed to travel from Warsaw under the nazist occupation to Odessa, to survive the war there. She never arrived there and was never found, even after the war. Prof. Iglikowska sang as mezzosoprano before the war (1931-1939) as a soloist of The Polish Radio and The Warsaw Opera. She sang with great singers, such as: Ada Sari, Wanda Werminska, Marcelina Sembrich-Kochanska, Jan Kiepura, Fiodor Shaljapin, and many others. After the war, she was the soloist of the Poznan Opera House, conducted by the great conductor Walentin Berdyayev. She sang only one season there. After she lost her daughter she couldn’t sing. Between 1945-1993 she was the leading professor at the Conservatory of Music/Academy of Music in Gdansk. Her singers won more than 45 international prices at the vocal competitions all over the World. Among her students there is also Stefania Toczyska, the outstanding Polish mezzo in the eighties/nineties of the XX century (Vienna, Zurich, Paris, La Scala, Met, Covent Graden, etc).
Barbara Iglikowska died in Gdansk in 1995. 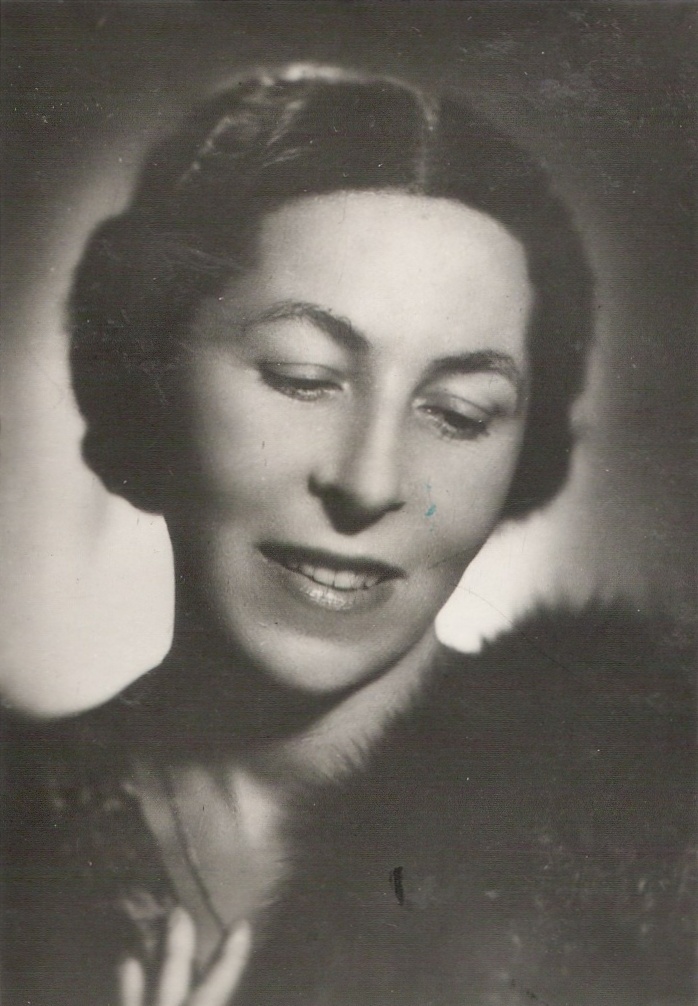 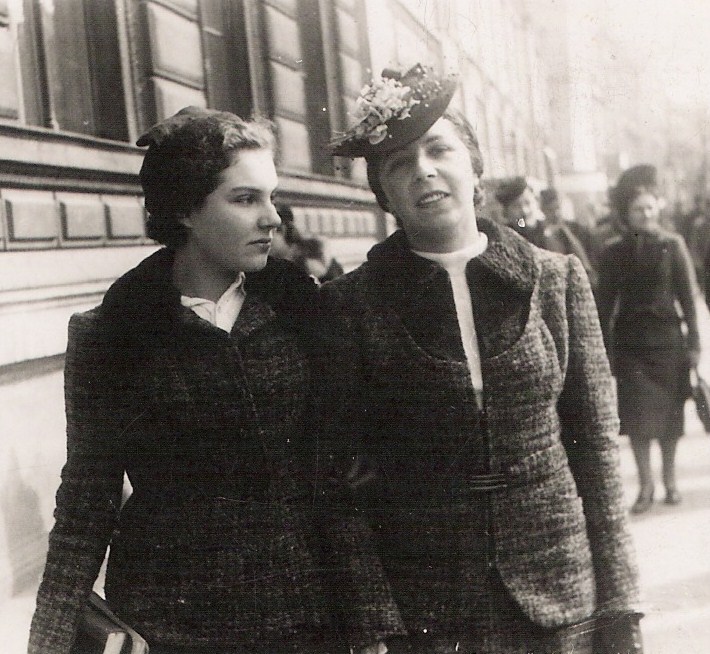 In Warsaw with Valentina, her daughter got lost during the II World War 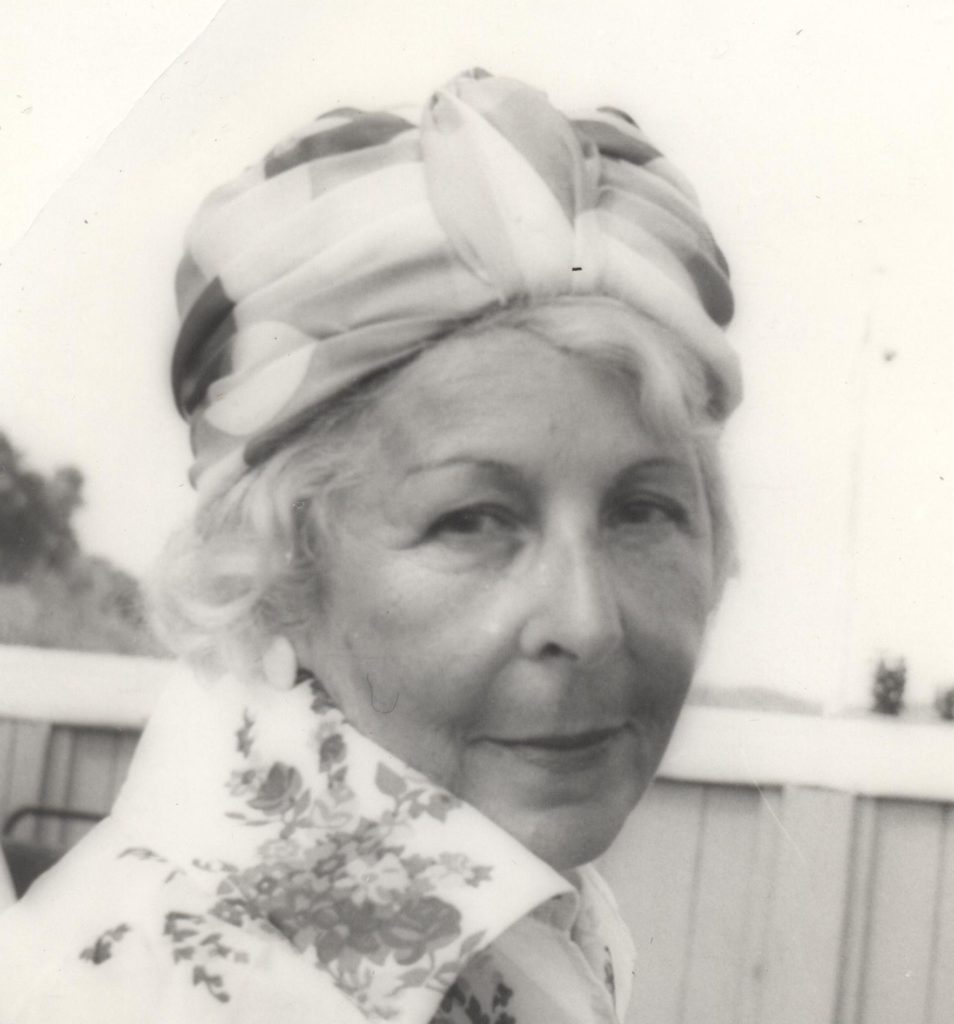 Giorgio Favaretto (1902-1986) was italian pianist, conductor and professor.
He studied composition, conducting and piano at the Naples Conservatory of Music San Pietro a Majella with Francesco Cilea and A. Savasta.
He accompanied in concerts and recorded with some of the most important singers of the XX Century. He played a.o. with Renata Tebaldi, Kathleen Ferrier, Elisabeth Schwarzkopf, Dietrich Fischer-Dieskau, Jan Kiepura, Leyla Gencer, Teresa Stich-Randall, Giulietta Simionato, Kirsten Flagstadt, Shirley Verrett, Nicola Rossi-Lemeni, Lajos Kozma, Matti Talvela and Cecilia Gasdia. He was professor at the Accademia Nazionale di Santa Cecilia in Rome and at the Accademia Musicale Chigiana in Siena. Among his Polish former students I have met, I can also mention Prof. Zofia Janukowicz-Pobłocka and Prof. Ewa Iżykowska. Maestro Favaretto was not only a great artist and teacher with enormous musical experience, he was also a very special person, a human beeing, always ready to help young singers and musicians. 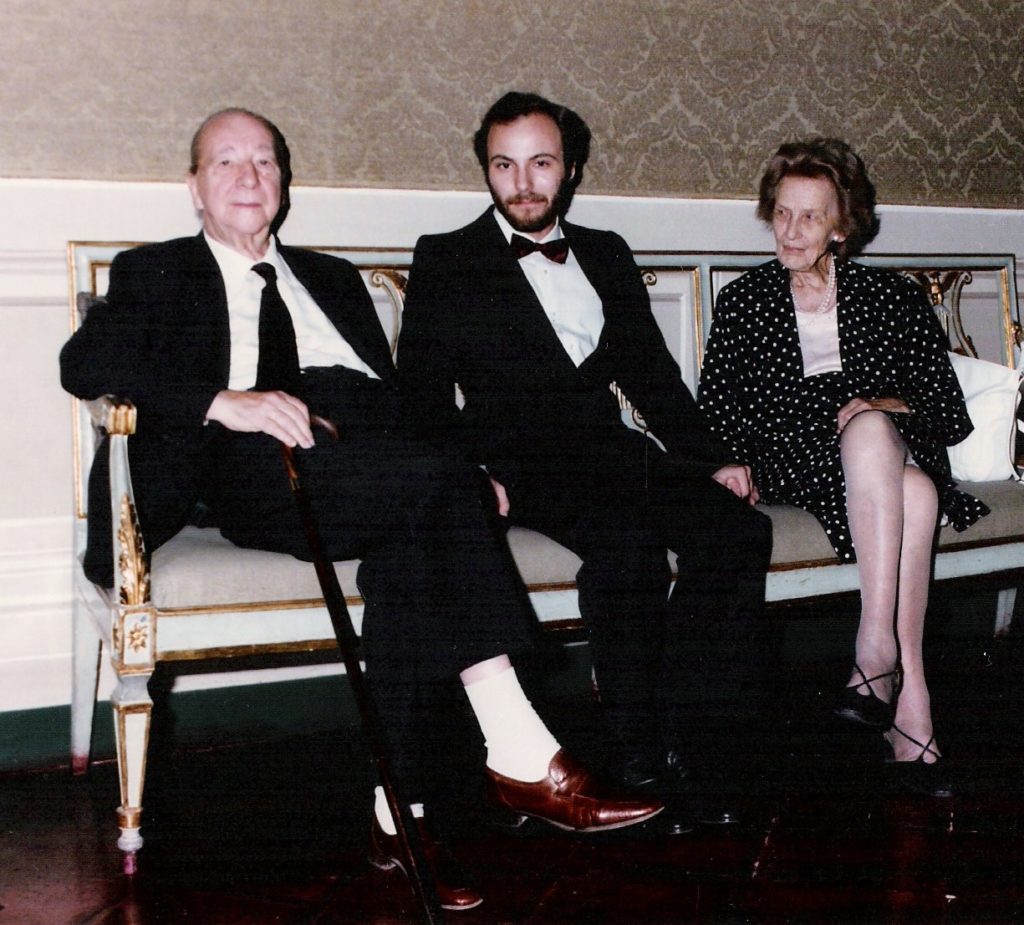 At the Chigiana Academy in Siena with Prof. Giorgio Favaretto and his wife Mrs. Elisabeth Bircher-Brenner 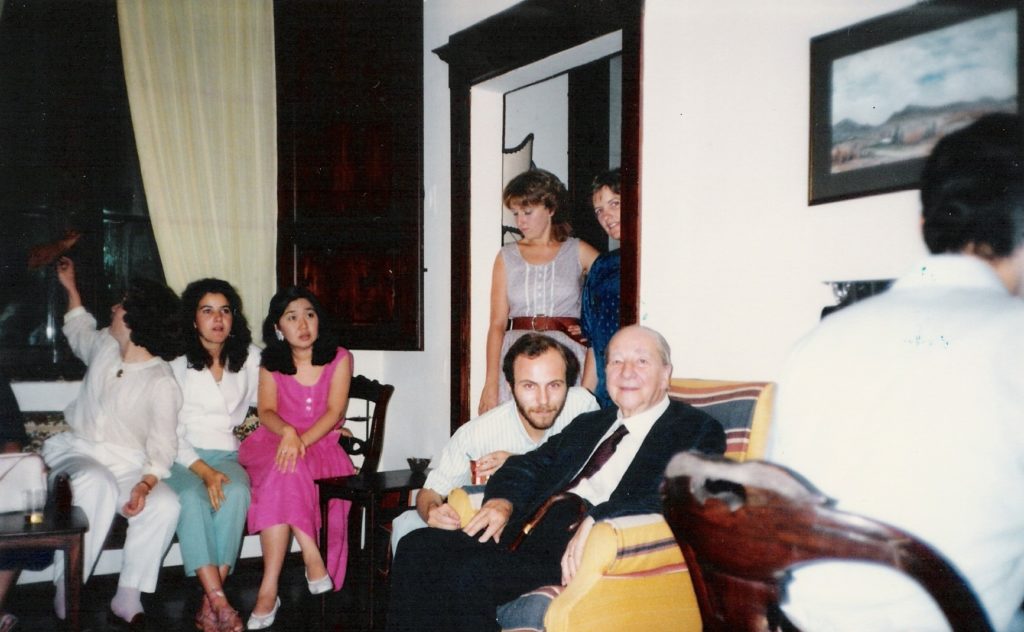 Invited with the singing class to Maestro’s home for dinner

Lajos Kozma (1938–2007) in early sixties he moved to Italy from Hungary. He studied first at the Franz Liszt Academy in Budapest, then in Rome at the Santa Cecilia Academy with Giorgio Favaretto and Franco Capuana. Then he studied also with Riccardo Stracciari and Tito Schipa. He was helped at the beginning in Italy by Maestro Francesco Siciliani. He sang in main italian opera houses, included Florence, Venezia, Naples San Carlo and La Scala Milan; with conductors such as Claudio Abbado and Riccardo Muti. His career quickly became international with guest appearances in Vienna, London, Brussels, Amsterdam, Philadelphia, New York, etc.

He also appeared at the Salzburg Festival, Spoleto and Aix-en-Provence (Così fan tutte). He recorded a.o. internationally acclaimed and awarded Orfeo by Monteverdi, Orlando furioso by Vivaldi and Oediupus Rex by Stravinsky, with Nikolaus Harnoncurt. In 1973 he created La Reine morte by R. Rossellini at the Opera de Monte Carlo.

In 1971, he appeared in a film version of Lucia di Lammermoor with Anna Moffo as Lucia (recently released on DVD).

I met him at his masterclass at the Chigiana Academy, then we started to work regularly with him at his stone manor in Pierantonio – „case sparse” in Umbria. Lajos Kozma was a very special person, he was also master of Karate, he wrote a book about the tecnic and respiration in singing, in his last years he sang as bass.

I had the honour to sing in Florence, in a special concert (with Paolo Washington and Rolando Panerai special guests) to commemorate Lajos Kozma after his death (December 2007), organised by Mrs. Rossana Sieni and Firenze Lirica Opera Society, in January 2008. During the concert I read also the letter I received from Maestro Riccardo Muti, Lajos Kozma’s friend. 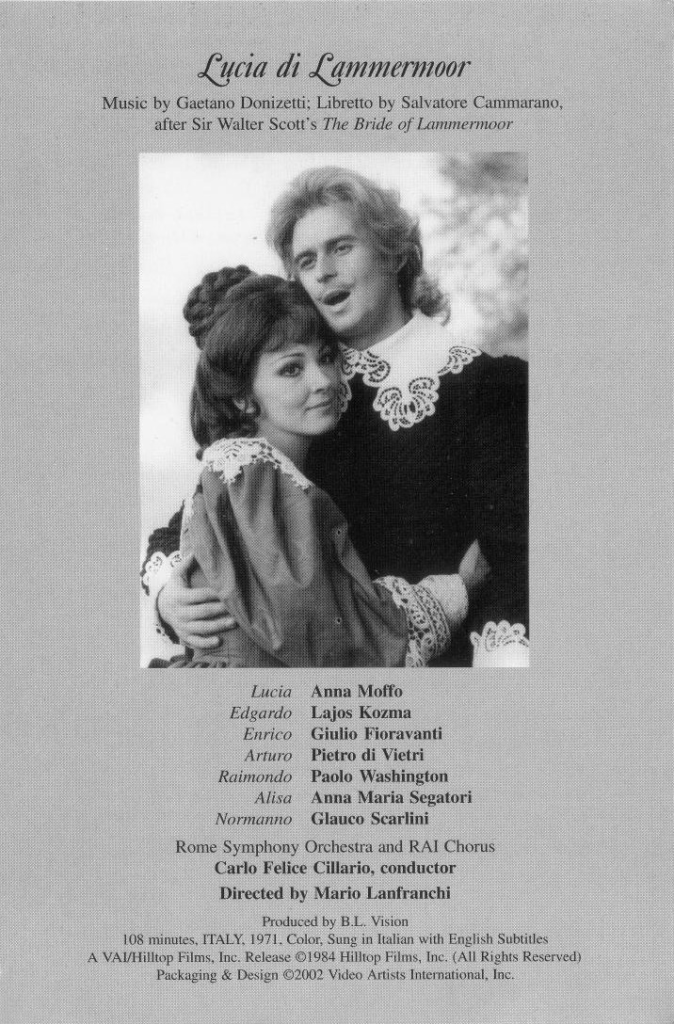 I met Rolando Panerai many years ago at the Puccini Festival in Torre del Lago Puccini. The legendary baritone was already about 70 years old, but still very active in his incredible long career, he made his debut in Lucia di Lammermoor in 1946 by Florence! His last opera performance took place in 2011 – as Gianni Schicchi at the Teatro Carlo Felice in Genua at the age of 87!

During more than twenty years of our friendship, he brought me to the real world of the italian Belcanto. Everytime I am back to Florence, we work always together. After his incerdible career, his work and friendship with Maria Callas, Mirella Freni, Luciano Pavarotti, Herbert von Karajan, after hundreds and hundreds of performances conducted by the greatest conductors; he is still looking for the best way of singing. He practisies every day and his voice is incredibly fresh and powerful! God bless you Rolando! 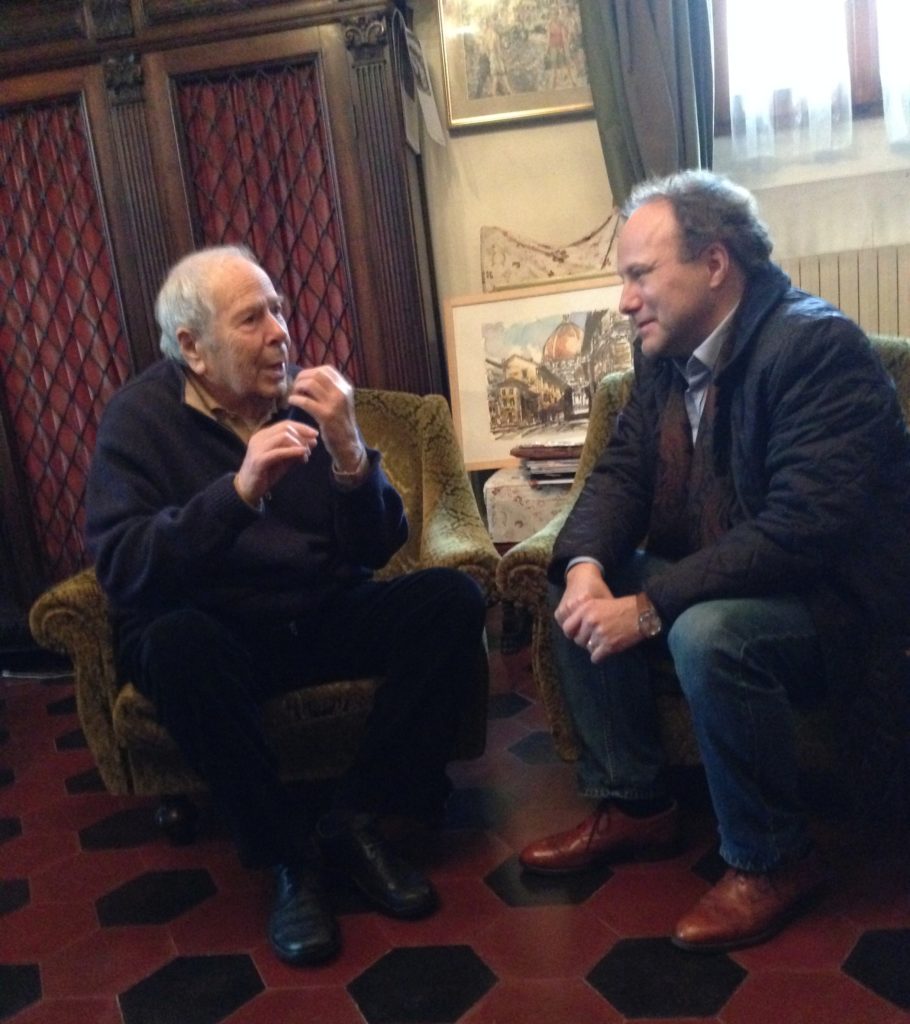 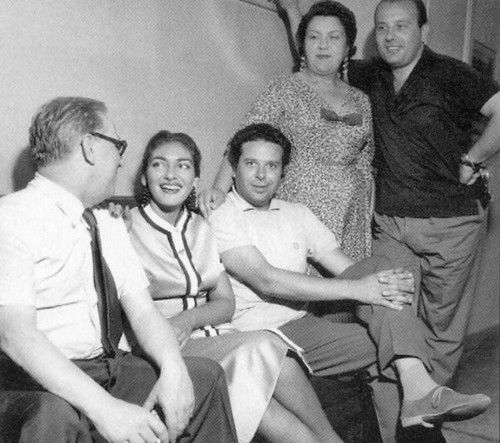 With Maria Callas and Fedora Barbieri in Milan 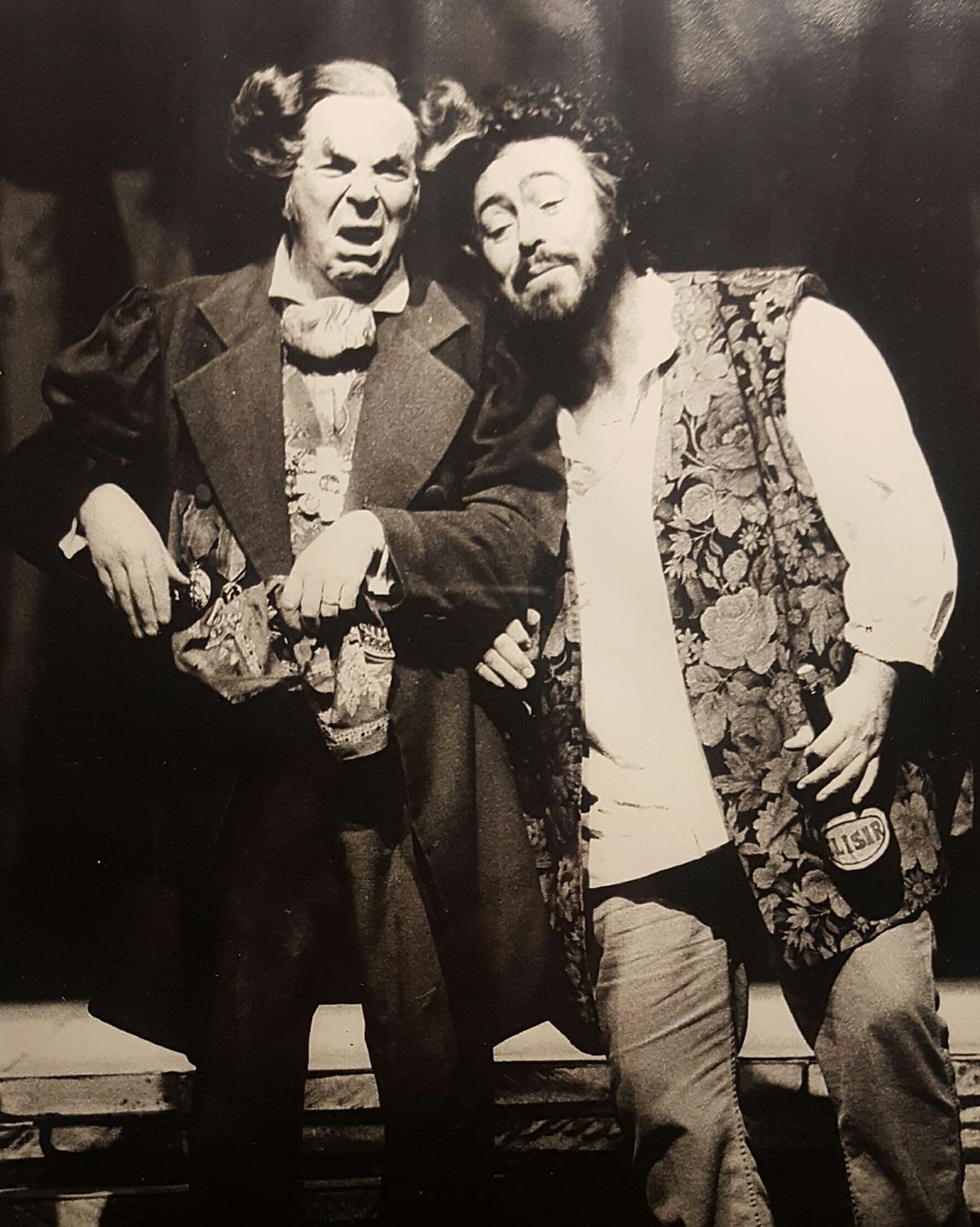 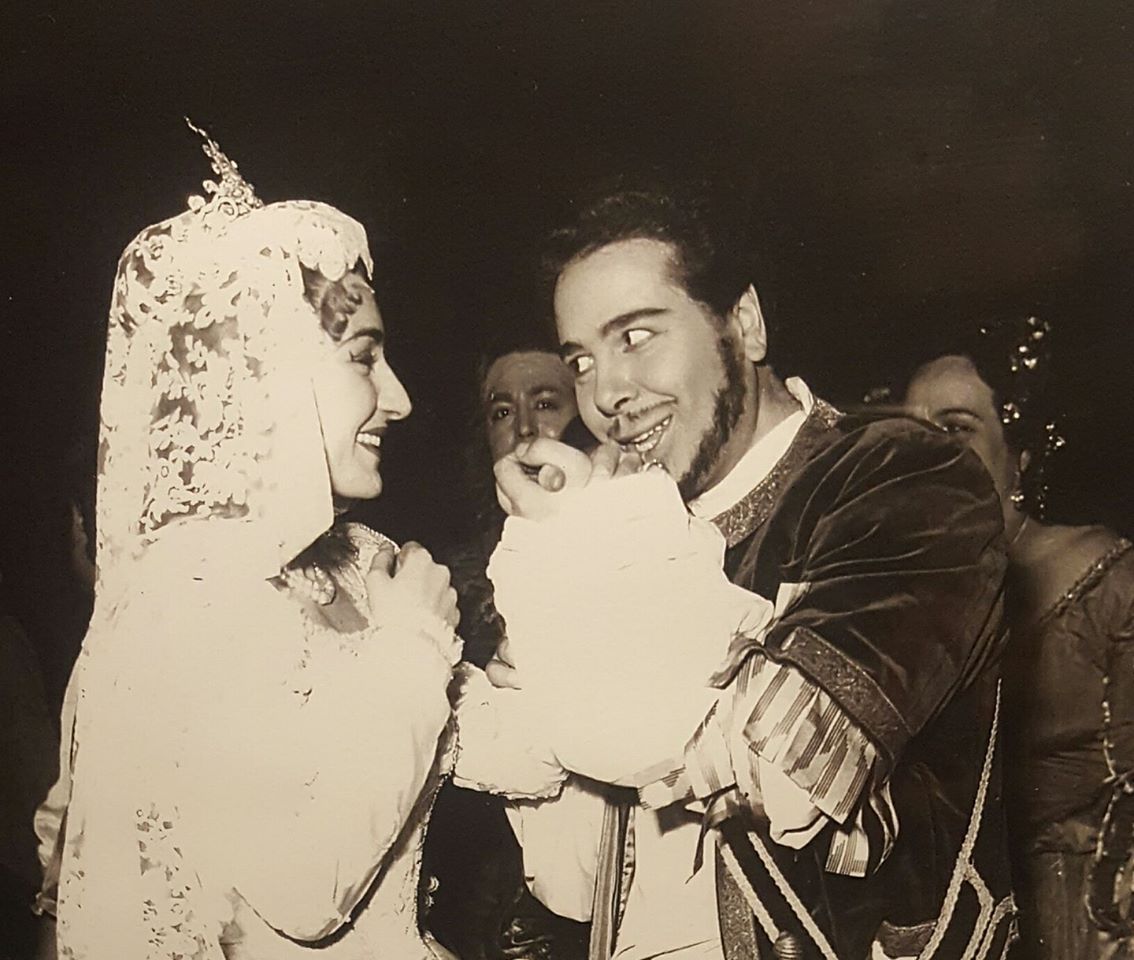 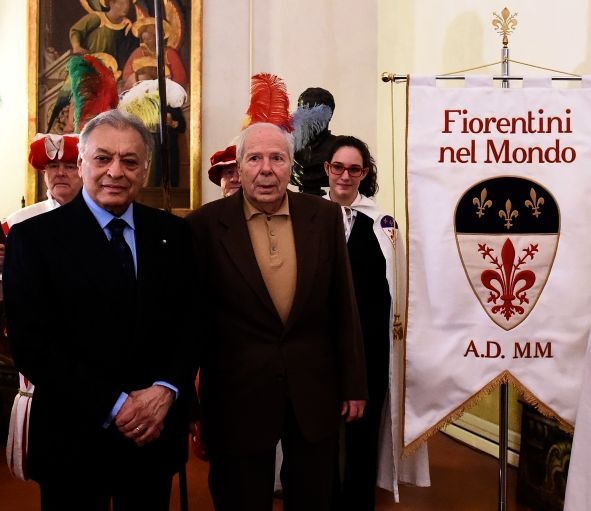 With Maestro Zubin Mehta – awarded by the City of Florence!